Established in Toronto, our studio was founded on the belief that a small design firm could be both substantive and pragmatic, a philosophy that continually informs our people and practice. 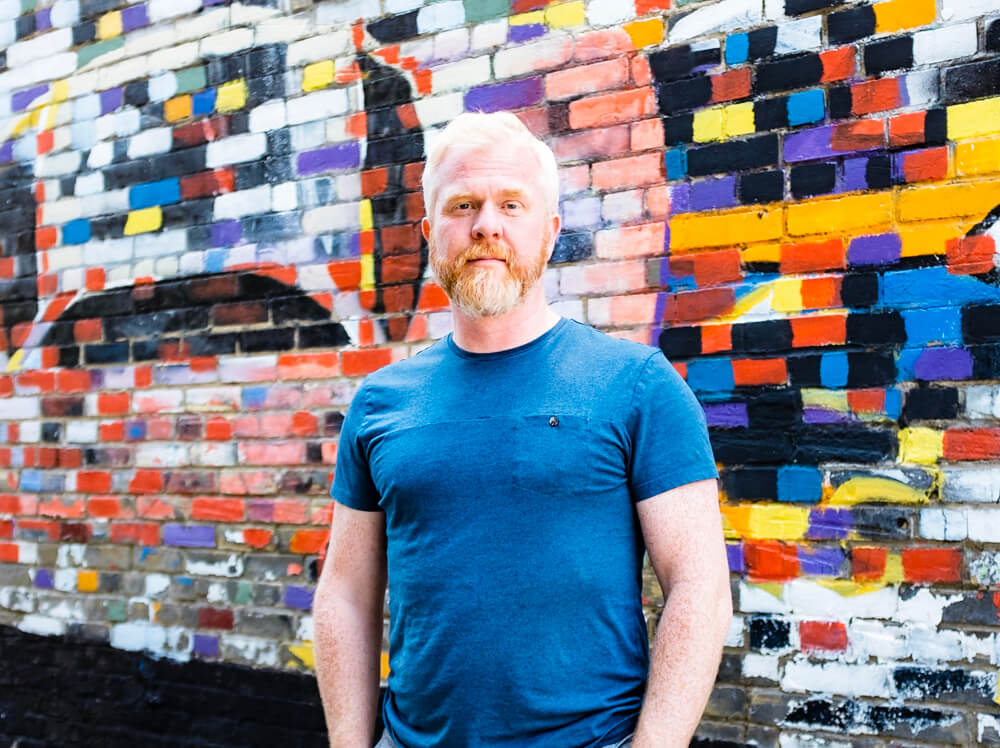 Daniel, along with Gary Westwood, founded Roundabout Studio in 2003, and is the Design Director of all of Roundabout’s projects. Daniel was raised in London, England, where his family moved frequently and fixed up their family homes only to move to the next exciting project, getting a taste early on from his carpenter father of the hard work and satisfaction inherent in building and design.

Daniel enjoys immersing himself in the world of art and design, currently acting as member of the Public Art Advisory Committee of Guelph, serving on the board of directors for the Arts Council of Guelph, and keeping his skill set and interests sharp by teaching structures and thesis courses at OCAD. When Daniel isn’t running projects at Roundabout or teaching at OCAD, he’s often spending time back in Guelph chasing his kids, learning guitar or making beautiful food and mean cocktails for friends and family.

Through his various experiences, he’s learned that to make a house is a practice in labour, but making a home is a labour of love, and finds great fulfillment in connecting with clients to understand their needs, appreciating the opportunity to rise to the unique and interesting challenge each new project brings. 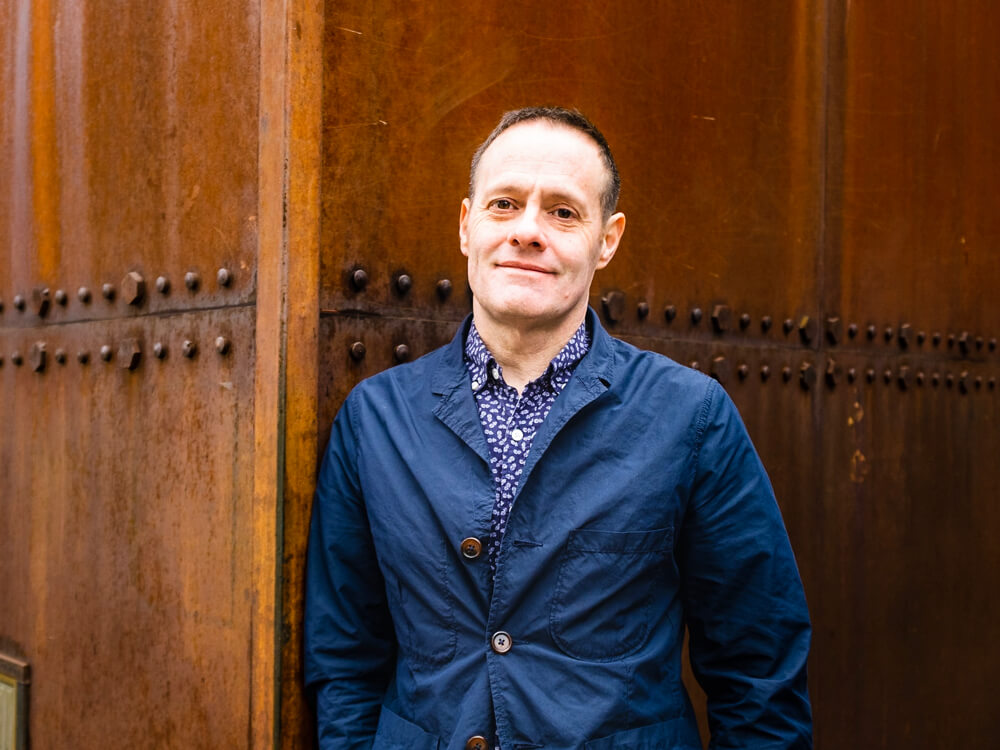 Gary started Roundabout Studio with Daniel Harland back in 2003. Gary manages client contracts and budgets, as well as day-to-day operations at Roundabout Studio—he makes the trains run on time.

Although Gary studied Commerce in University, he developed an interest in architecture in the last two years of school: He was friends with a couple of people who worked in the industry, and he helped by holding the other end of the tape measure on a few site visits. Since then he has spent his entire career applying sound financial and project management practices to the business of design, working for and consulting with architects, interior designers, graphic designers, and photographers.

Gary has also taught Design Management at Ryerson University, and sits on the Executive Committee of Habit for Humanity’s annual Pride Build (where he was top fundraiser for two years in a row). In his spare time, he enjoys live theatre, squash, and has recently taken up yoga. Gary feels privileged to have the opportunity to help create an environment where design can flourish as his day job, and appreciates the advice and counsel shared with him over the years by mentors and colleagues. 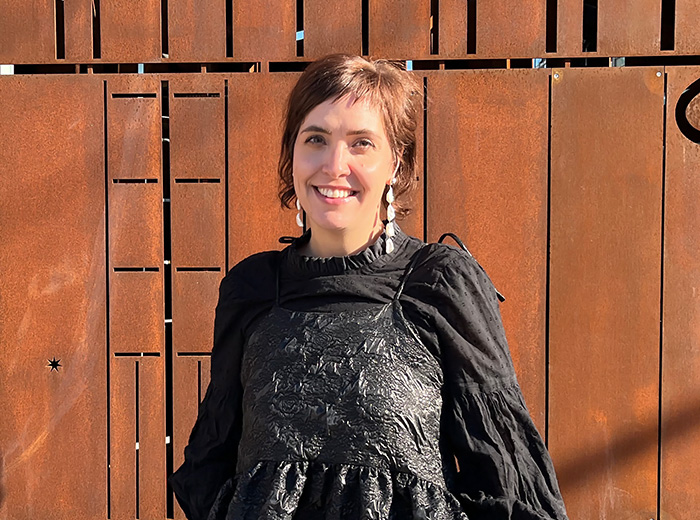 Heidi has been with Roundabout since 2007, and has worked on projects of various sizes, ranging from custom millwork to new houses. Heidi has a background in architecture and is especially interested in interior design. She prides herself on having the best shoes in the office, thanks to her extensive Fluevog collection. 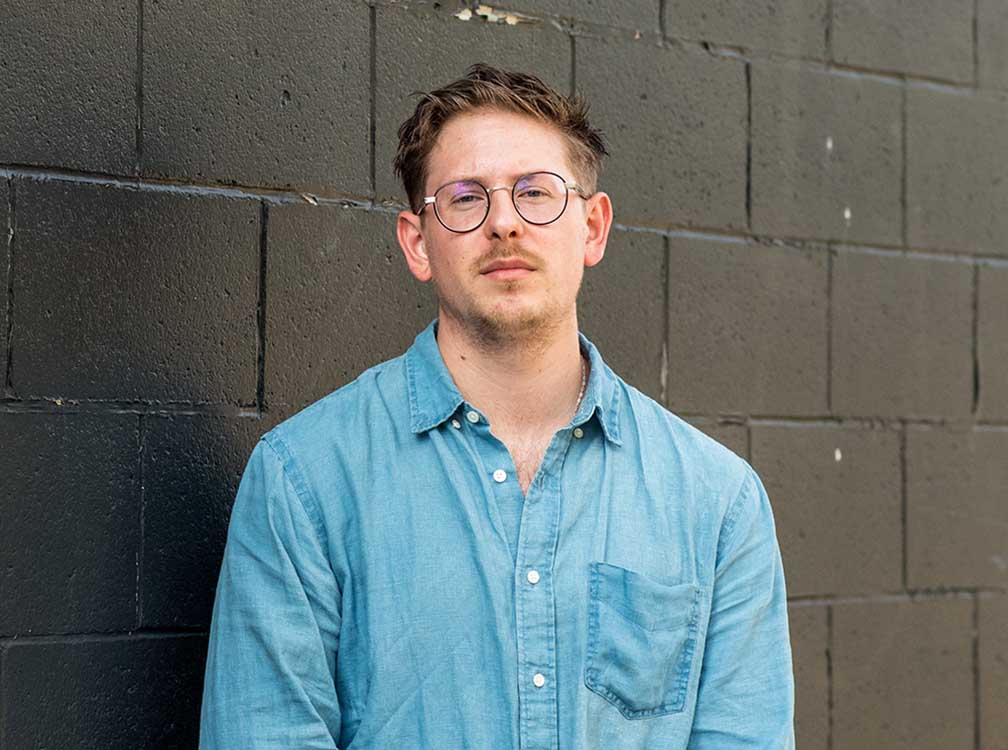 Callan joined Roundabout Studio in 2019 and has since worked on projects ranging from residential renovations to larger-scale mixed use developments. With a diverse design background, Callan has focused his attention on residential design and readily applies his knowledge of graphic and industrial design to his work. In his free time Callan enjoys making furniture, listening to music, and being active. 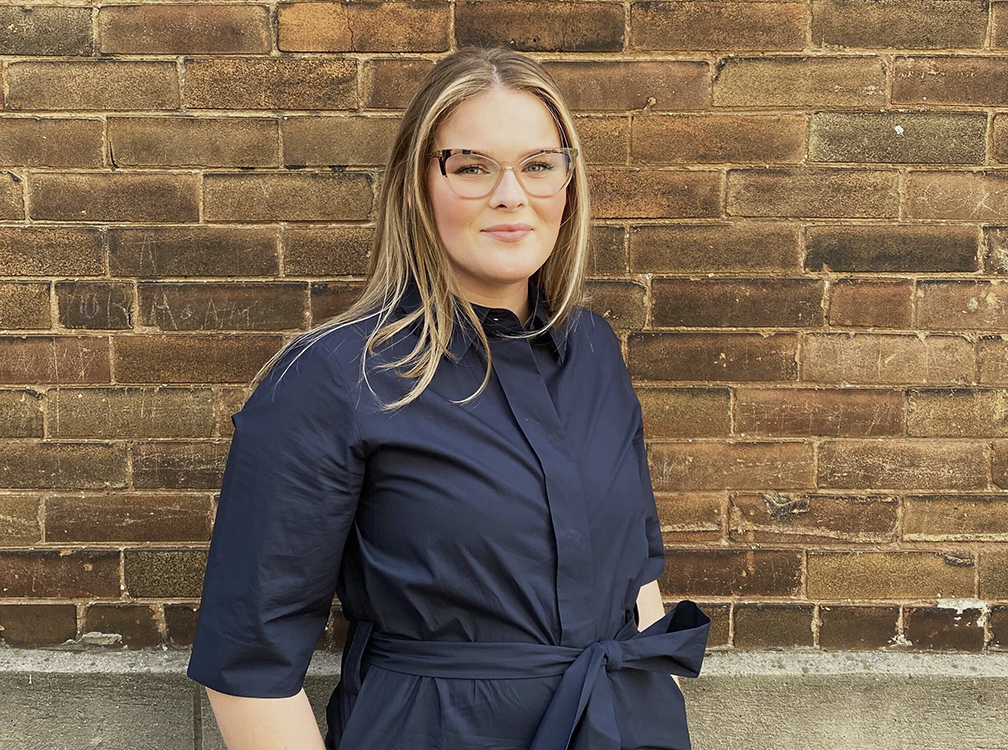 Jillian joined Roundabout Studio with experience in new residential builds, renovations, and boutique restaurant interiors, and has also worked as a digital print and 3D fabrication technician. Jillian enjoys the process of prototyping and testing ideas through modeling and hand drawing. In her spare time, she enjoys exploring new neighbourhoods around the city. 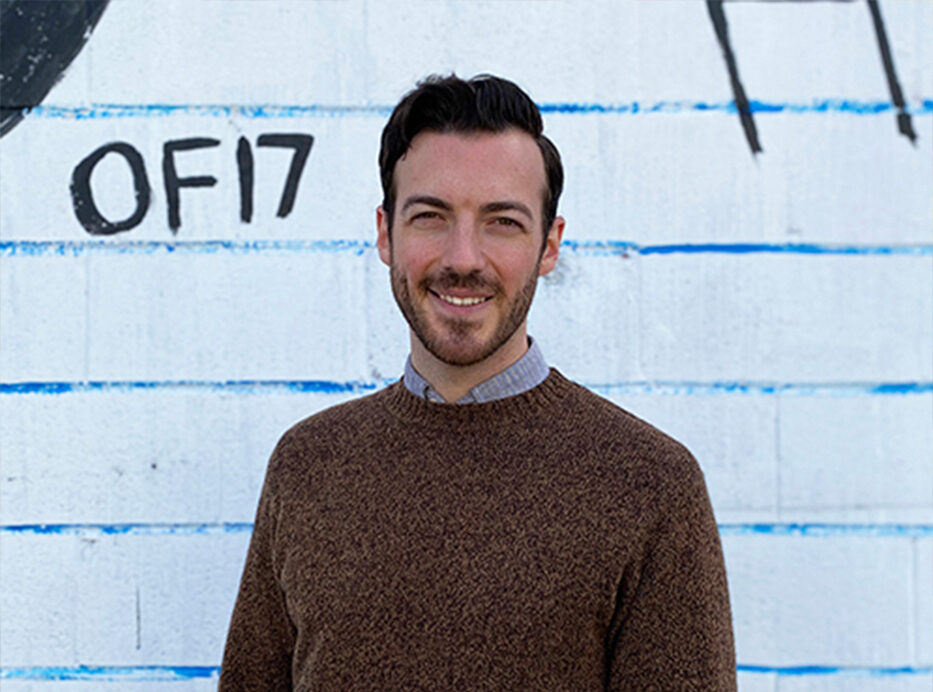 Paul joined the Roundabout team in 2020. Paul’s background in environmental design and furniture construction informs his work at the studio as he explores and challenges the ways in which design can meaningfully impact daily life. Outside of work, Paul’s passions include making furniture, travel, and playing music. 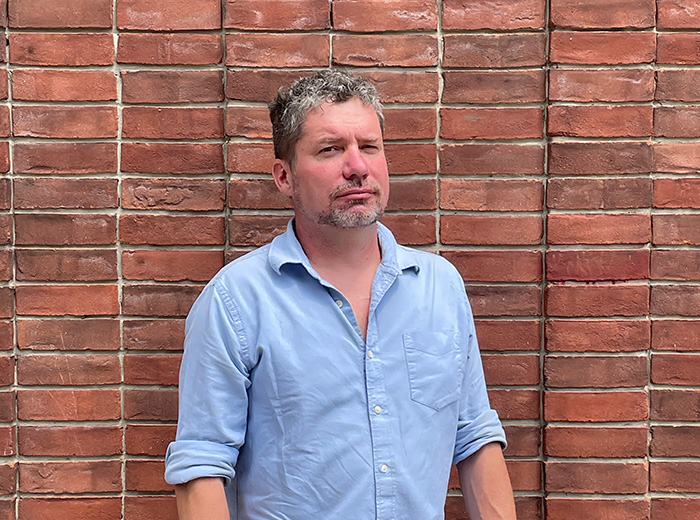 Gavin came on board with Roundabout as a construction manager with over 25 years of experience working in custom home builds. Having worked closely with architects and designers for the span of his career, Gavin is a natural fit for our design-build approach. When Gavin isn’t managing the construction side of the studio, you can find him digging in his garden, spending time with his family, or cooking the perfect pizza on his BBQ. 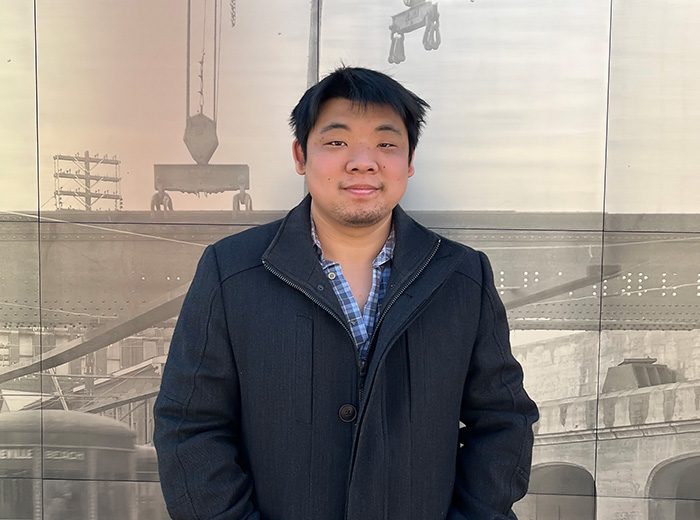 Danny is a passionate builder who has been working with Roundabout for 4 years. Danny’s interest in modern build projects lead him to connect with Roundabout and he has been with the team since 2018. When he’s not bringing a positive attitude to the build site you can find him on the badminton court where he plays and coaches local games. 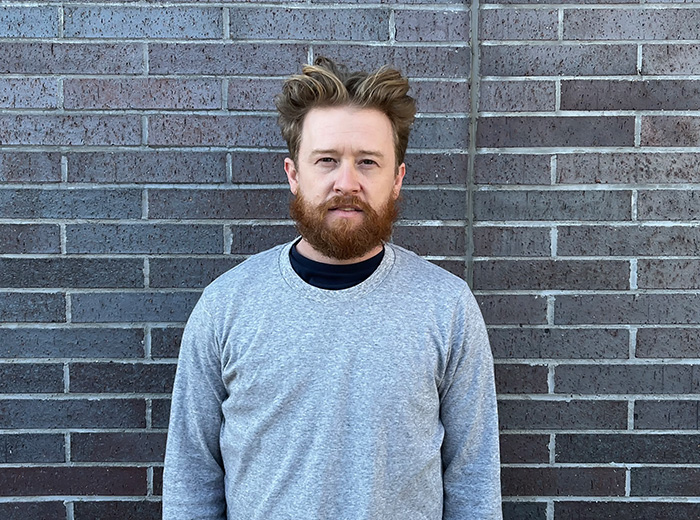 Mac was a familiar face on many of our project builds before joining our team full time. His carpentry skills always kept him at the front of our minds and he was an obvious candidate when we decided to grow our team. Mac’s energy is contagious and he is dedicated to everything he does – whether touring the globe performing as an accomplished classically trained musician or building modern homes.