For empty nesters, starting over means a fresh face for home and letting the light shine in. 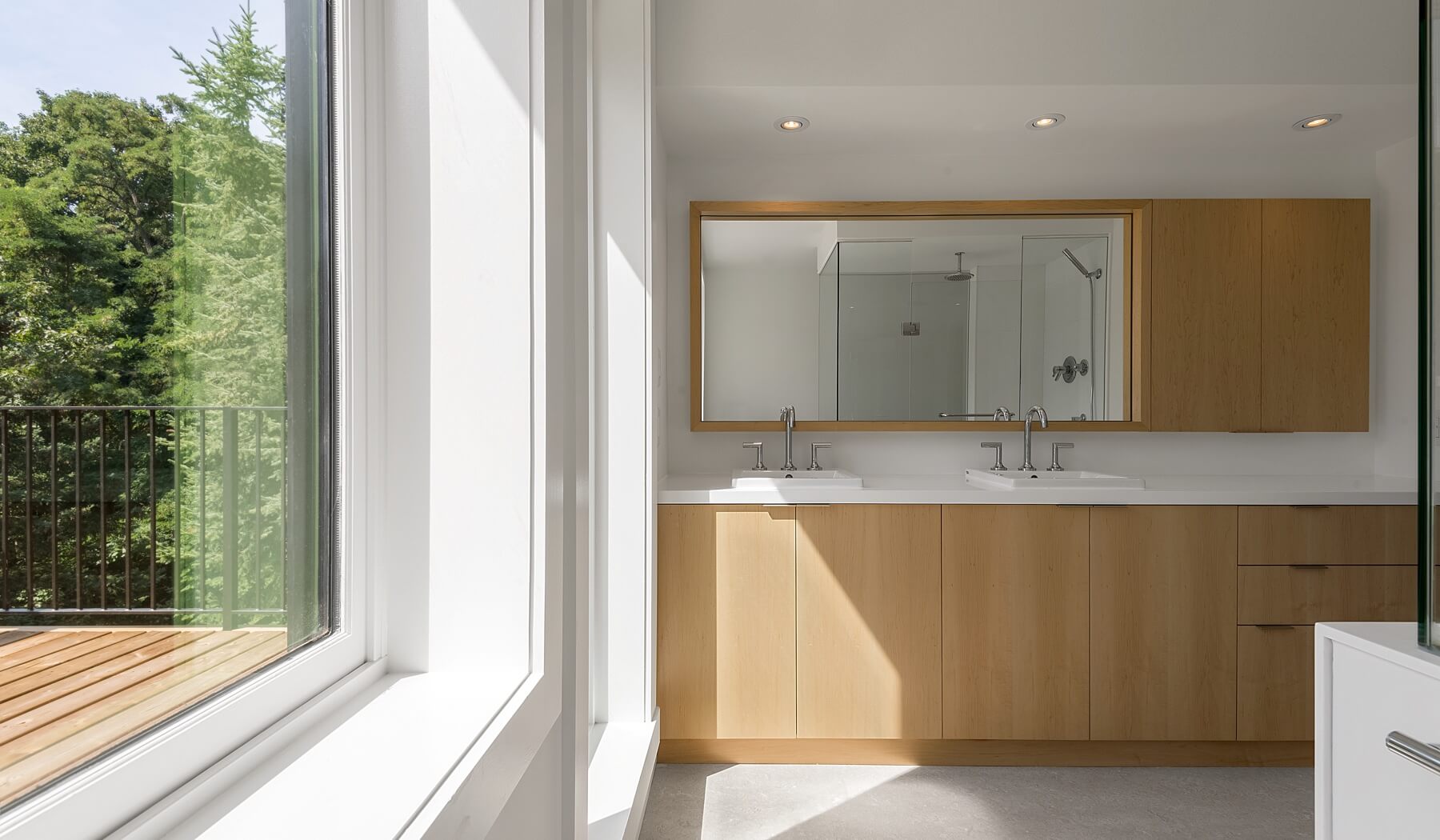 Not long after their two grown children left home, couple Leslie and Chris knew it was time to rethink their living space. Overlooking a lush ravine in Toronto’s High Park neighbourhood, their century brick house sat on a coveted lot, but had gone virtually untouched for 25 years. That inattention was beginning to manifest as leaks, cracks and even more serious structural problems.

“We called it ‘25 years of deferred maintenance,’” Leslie jokes now. “But we needed the kids to leave home before we could even consider putting the energy into a renovation. I was pretending not to notice how bad it was.”

Daniel Harland, design director at Roundabout Studio remembers the state of the High Park home when he first went to see it.

“The addition was coming off and sliding down the hill,” he says. “It was time.”

They’re visual and intuitive and I’m analytical. I think they got me a lot better than I gave them credit for, at least until I got back into the house.

What:
A full contemporary restoration from the hill up. 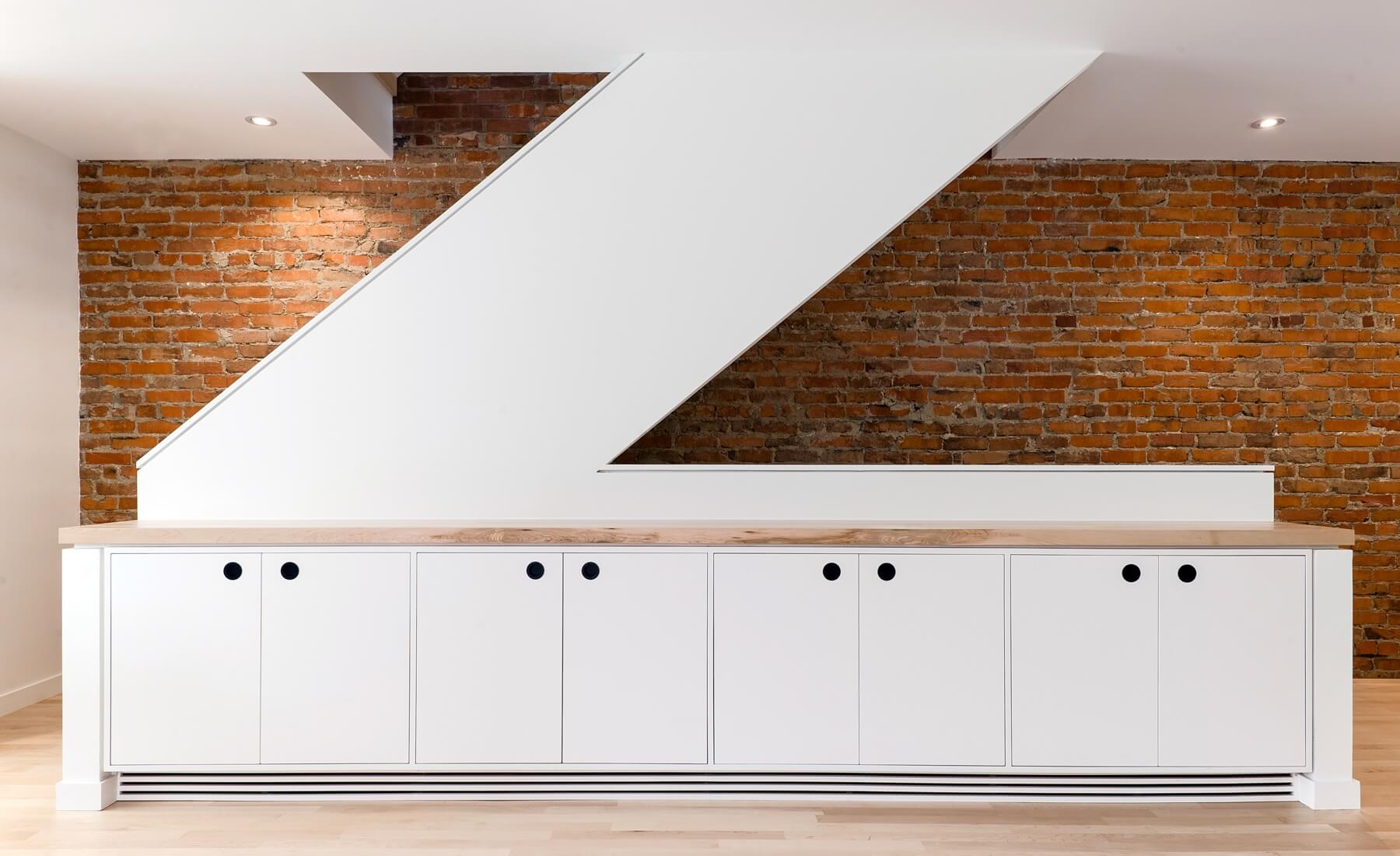 At the outset, Leslie and Chris were drawn to Roundabout because it checked an important box: the studio had already done work on houses like theirs.

Beyond fixing the home, Leslie and Chris knew the south-facing windows overlooking the backyard and ravine were being underutilized. The couple sought more light, warm white walls, exposed brick and a feeling of restful ease. Avid bird-watchers and conservationists who have spent a decade naturalizing their own outdoor space, they wanted to feel connected to the birdlife and natural beauty just past their threshold.

Trying to pinpoint the design and style with Roundabout, however, wasn’t easy. “I didn’t know how to articulate what I wanted and I couldn’t even find any pictures of it. I didn’t have much more than the word, ‘modern,’” Leslie admits.

In the end, it didn’t matter. Somehow she was understood.

“They’re visual and intuitive and I’m analytical. I think they got me a lot better than I gave them credit for, until I got back into the house,” she says. 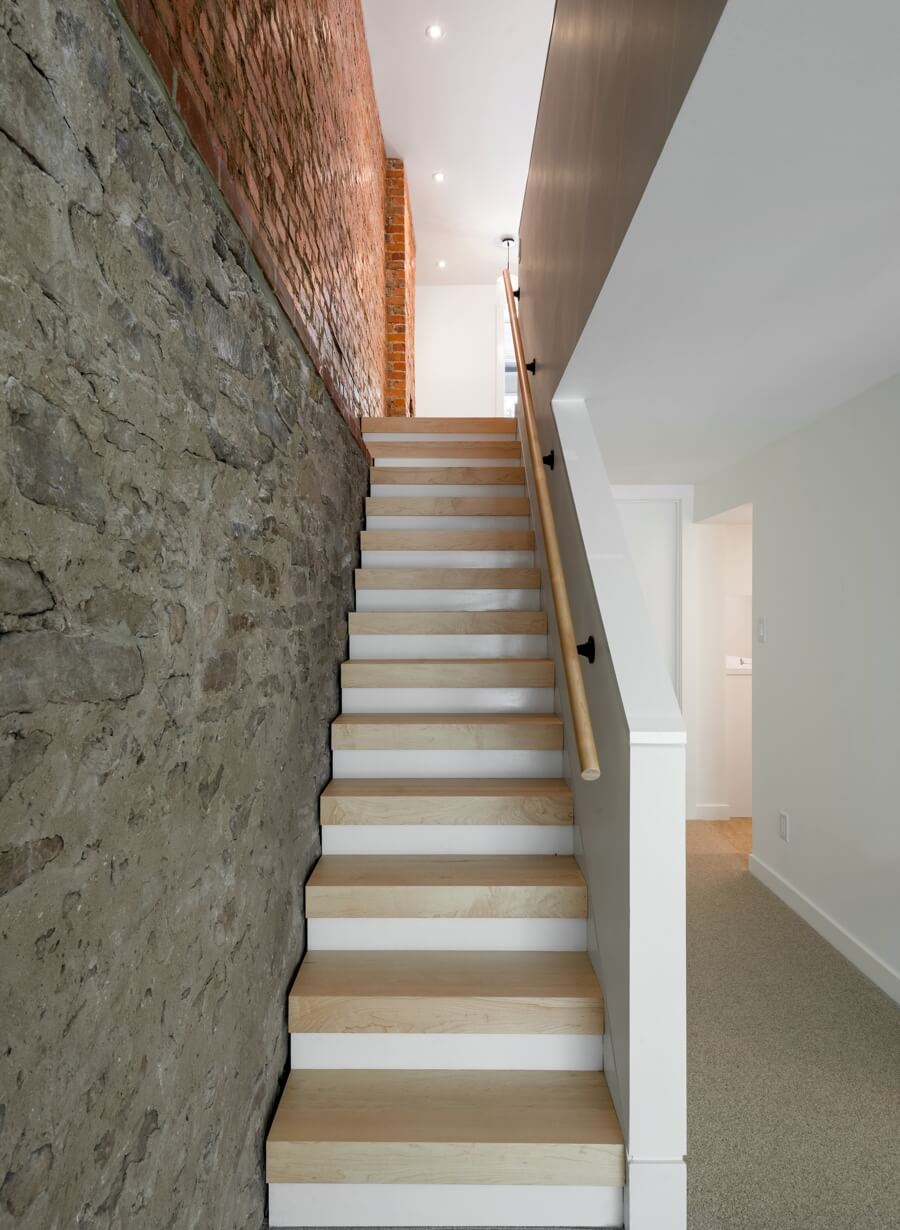 Eventually the couple signed off on the design, handed over the keys, moved out and let the gut-job begin. Roundabout Studio took Chris and Leslie through the house on frequent site visits so they could stay engaged in the process. Leslie knows that level of involvement isn’t for everyone, but it kept her feeling connected to the house, designers and contractors. It also meant she felt fully informed throughout the process resulting in few regrets later.

Yet working so closely with the studio, both at the design and build stages, eventually turned move-in day into a bittersweet affair. No more meetings, telephone calls and contractors in her home. Leslie likens it to “empty nest syndrome” all over again, which is perhaps why she still shoots short emails to the Roundabout design team to touch base.

Sitting in the studio boardroom with Gary Westwood, Roundabout’s managing director, Harland pulls out his cell phone and reads her latest message out loud.

“There was a moment last week when it almost glowed in gloomy daylight. It shouldn’t glow in that kind of light, but it did,” he reads. “I feel very fortunate to have such a lovely house.”

“You know, that’s just wonderful,” says Westwood. “It just reminds us why we do what we do.” 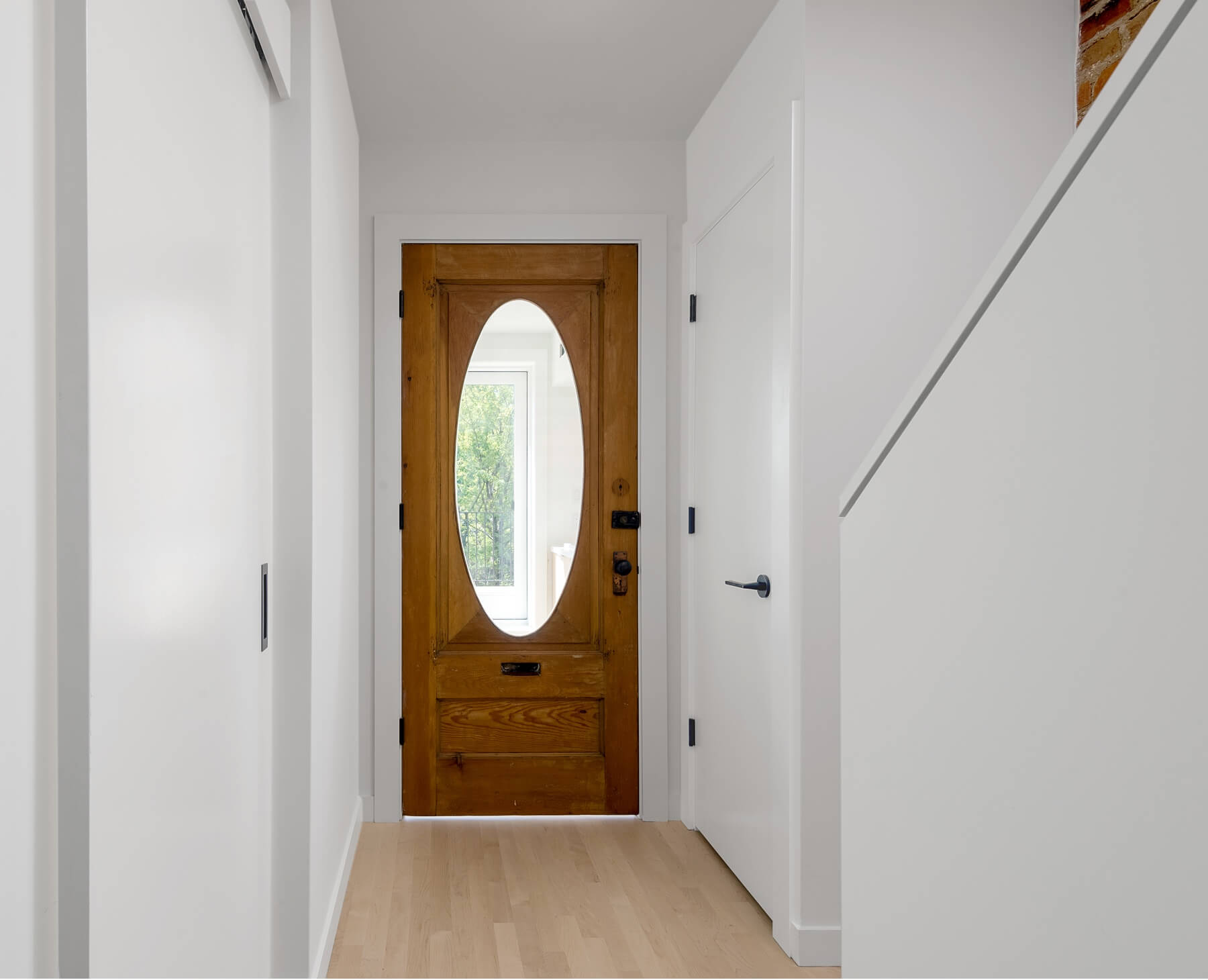